The name “El Charro” has a strong cultural connotation among Mexicans that no other brand conveys. Literally speaking, it means Mexican Gentleman Cowboy.

The Mexican CHARRO, like his American cowboys counterpart, also rides a horse, confronts hostile environments and because of his extraordinary courage and moral integrity he is considered a hero. But the Mexican CHARRO also entails high nobility, elegance and exceptional equestrian artistic talents. CHARRO is the hero of the most popular Mexican epic stories and films.

“El Charro” Tequila was the name given by Don Diego de Orozco’s friends as a tribute to his noble character and the fine equestrian arts.

This connotation makes EL CHARRO the best recognized cultural name among Mexicans, placing it apart from other brands. 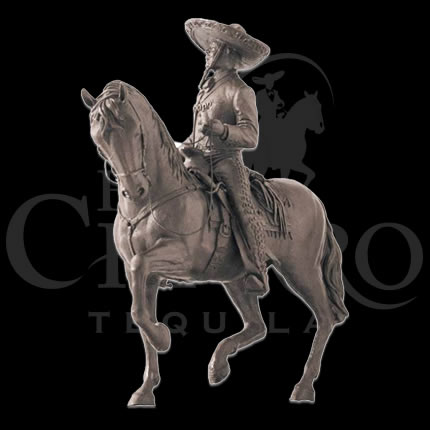 Tequila El Charro ® 2014 All Rights Reserved. WITH ALL MEASURE.